The sun didn’t quite shine but the rain mostly held off.  The paths (and access track!) were still pretty muddy though so those with grippy footwear/tyres were certainly at an advantage.  It was great to see a good number of first-timers, including from Templewood School, where we had our event centre.  We hope we can tempt you back for another go at one of our future events.  Talking of temptation, we were lucky to have an excellent cake and drinks stall, courtesy of the local scout troop, raising money to send scouts to the World Jamboree.  I think we demonstrated that hungry orienteers were a good market!

I heard some good feedback for Hugh’s courses – newcomers on white and yellow had a successful first foray while those on light green and especially blue were tested in some of the more intricate areas of the wood.  On the short blue course, an unfortunate combination of control 18 being close to the finish, and the descriptions for controls 19 & 20 being separated from the rest, meant a few people went direct from 18 to the finish.  We considered voiding the last 3 legs but on balance decided it was preferable to leave the results stand as-is.  Apologies to those who were caught out by this.

Our next Saturday Series event will be at Cassiobury, Watford.  We’ll be back in Welwyn Garden City for our urban event on May 8th – one not to be missed! 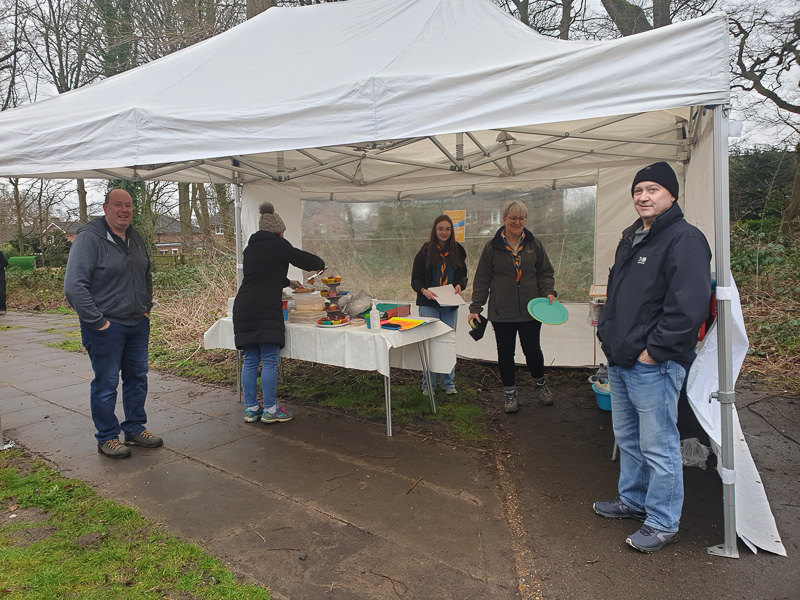