From zero to thirty in 6 months 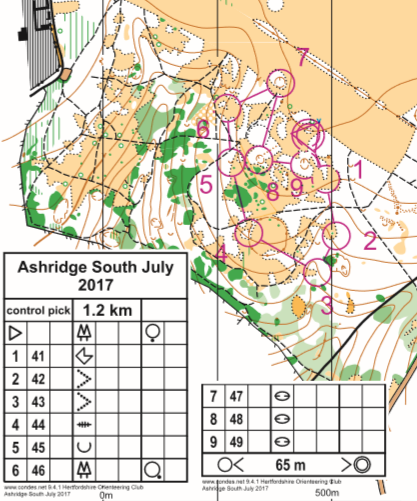 The last time the club held an extended training session was soon after Christmas at Mardley Heath, and the temperature was down near zero.

This time, at Northchurch Common, the temperature was nearer to 30 degrees Celsius, which did not stop 22 members of all ages turned up for the training.

The area is up the hill from the village of Northchurch just north of Berkhamsted.  The previous orienteering map is dated 1990 and was recently updated for the Compasssport Cup round in March of this year.  The area, unlike much of Ashridge, is not flat with a number of reentrants sloping gently down towards the south.

There were three main exercises on offer for the morning, with attendees choosing which ones to do and in which order.

Map Memory – a slight variation on the Canadian map memory that Frances subjected you to at Christmas. This time it was a Norwegian map memory with the site of each subsequent control marked on a map which is hung at the control site.

Attack Points – an old favourite exercise aimed at getting you to formalise your plan for getting to each control – no just heading off and hoping.

Control Pick + Many of you will be familiar with a Control Pick exercise. The controls are a short distance apart – say 100-200 ms and so the aim is to use a combination of compass and detailed map reading to get quickly from one control to the next.

Well what about the ‘+’ – Susan’s explanation was – ‘ At each control there will be a control description which we shall ask you to remember so that when you return to the start you can match the description to a control circle marked on a map.  Getting all 9 controls correct will describe a course on a map of Loch Vaa.’

Many people attempted all three exercises, with the Map Memory exercise proving the most difficult, perhaps because all of us rely too much on looking at our map.

Everyone attempted the Control Pick ex 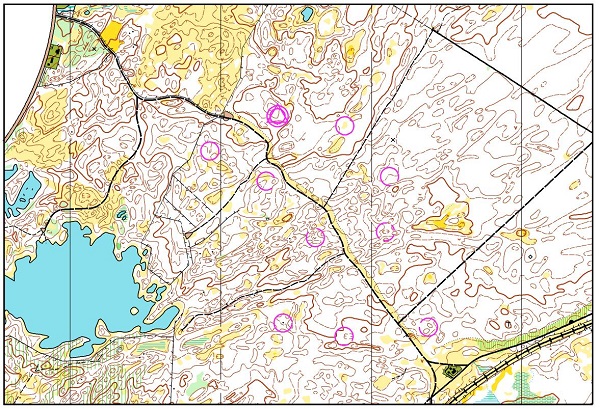 ercise, with varying levels of success with regard to the ‘+’ bit.

In the end three people, Mike Bennett, Dan Gardner and Kevin Fielding managed to successfully get the correct course on the Loch Vaa map (Collect your prizes next time we see you – in Scotland!)

Overall the morning attracted lots of discussion, lots of sweat, and for the juniors lots of opportunity for an extended game of ‘hide and seek’ in the bracken.

Thanks to the other coaches, Kevin Fielding, Kevin Parkes, Laura Parkes, Frances Goldingay and Sam Fielding for their help on the day.

The club is aiming for another club training day in the autumn so watch out for yet another opportunity to compare routes, successes and failures and overall maybe learn a little bit more about the complexities of orienteering.

And if anyone would like to guess at the temperature on that day – warm soup or iced water – do let me know in advance.