The going was better this year – much less waterlogged than in 2021 and with bright sunshine (circa 5c) rather than murky gloom. Scoring was in consequence noticeably higher.

Due to the improvement in the Covid II situation we were able to reinstate the 11.00 mass start, enhancing the atmosphere and spectacle of the event for the near record turnout of 110 competitors. Thanks to Richard Lloyd of LOK for planning the course and to Ronan & Julie Cleary (LOK) for controlling the event, presiding over the mass Start and then setting up the Finish (see photos below). Thank you also to Mike Bennett of HH for making up the quad hanging out and checking controls from 08:15.

This year 3 competitors got round all the controls within 60 minutes compared to none last year. Congratulations to Jack Kosky (M21) who amassed the most points: 670 – 600 for visiting all the controls plus 70 bonus points for getting back with over 7 minutes to spare. James McCormick and James Errington (M21) of HH also were back within time having visited all the controls. The highest scoring female was Rachel Kosky with 480 points.

Don’t forget to markup your route in RouteGadget

Thanks are also due to LOK volunteers Marion Shipman and Charles Spence (featured in the photograph below) who, along with Clive Hiller, supervised parking and the event arena. And to Kevin and Laura Parkes (HH) for organising the IT without hitch. Once again we are grateful for the co-operation of both the Southgate Hockey Club, Bridge Security and Berkeley Homes for parking permission. The latter is responsible for the upmarket new housing development in the centre of the park on the site of what was most recently a campus of Middlesex University.

See you all again next year! 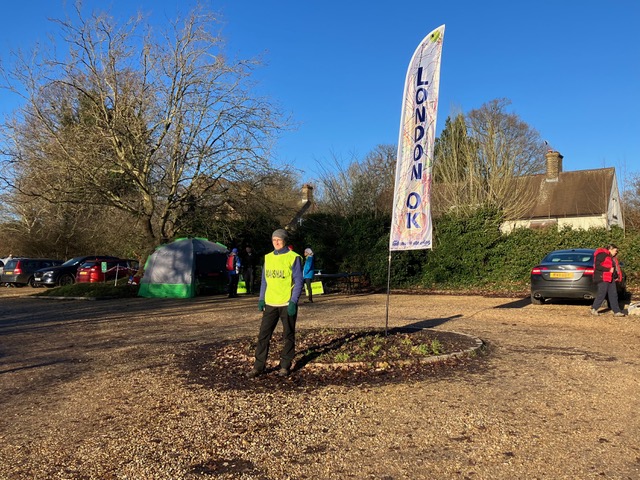 10:59 Controller Ronan Cleary finishing the safety briefing at the Start 30 seconds before the off 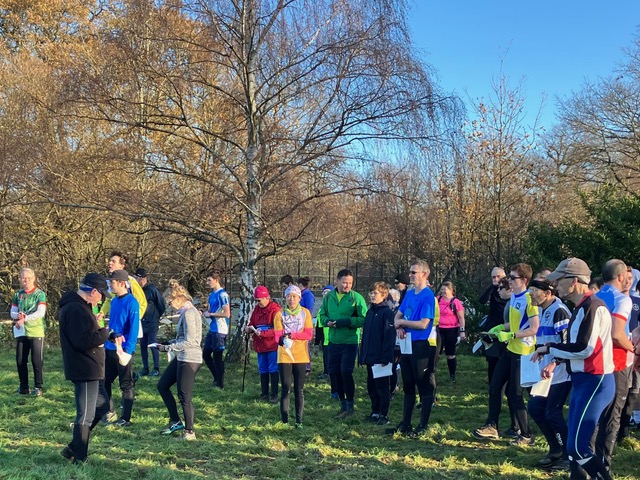 10:59 Competitors setting their GPS watches moments before the off 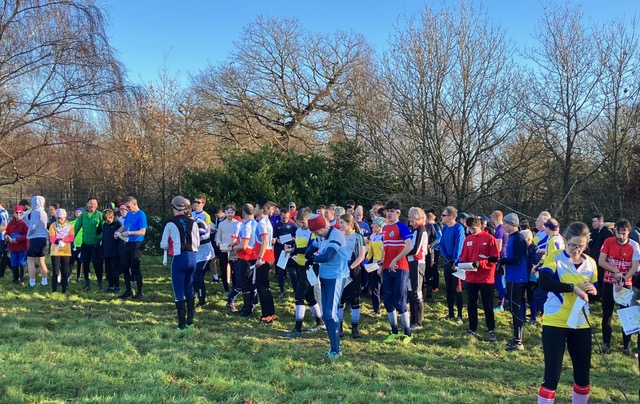 11:00 And they are off! Some competitors choose to study the map before deciding which way to head

12:25 All quiet at the Finish —no mistaking — after all 110 competitors are safely back 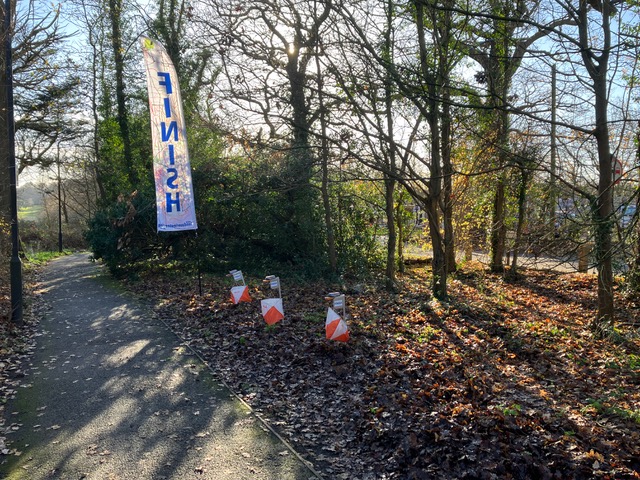