Beautiful weather was a real blessing at the Ace of Herts, making it a pleasure to spend all day in the forest, from a beautiful sunrise to a warm afternoon.  Ashridge is a popular forest for orienteers, and generally attracts good numbers of competitors whatever the level of event.  This can give a few problems in the winter months with parking as verges get wet, and normal carparking areas can be closed or blocked off to minimise car damage.  The initial car park identified for this event, Dicks Camp, was too small for a level B event which expected around 400-500 runners (or 200-300 cars) so over the first few months of planning four alternative parking options were investigated, even to the extent of a land registry search to discover owners of local fields which looked likely candidates.  In the event, we opted for parking on Monument Drive, with NT reserved Barrack Square fortunately not required for filming, and an overflow forest car park to the north.  This overflow car park required a walk in along a main road of around 20 minutes so it was with some relief that with a week to go, the Ashridge College granted permission to use their car parks, with the walk in still 20 minutes but along a ride.  It gave the parking team more complexity to manage, but was absolutely worth it as the beautiful weather brought out all the local walkers putting significant pressure on parking spaces generally.

The NT offered their meadow for assembly and respecting their preference not to have structures in the forest we were able to have the start visible from registration inside the field, with the finish also very close by.  We hired portable toilets to take the pressure off the NT public toilets – signage needed to be better as many people used the NT toilet facilities rather than the portaloos – perhaps by preference but also just because they were more obvious.

Planning with the team leaders was done over dinner a couple of weeks before with notes on how each part of the operation should run, with what equipment.  A site visit with the parking team leader was helpful but it probably would have been good to have the start team lead there as well as the start set up has a level of complexity often underestimated.

Helper numbers were well up, possibly due to the £5 discount offered to any HH member who offered to help, which was applied to the online entry booking for Fabian4.  It is always a balance between getting a goodly crowd to help whilst ensuring that all helpers have a sensible and worthwhile job to do, and in the main this was possible.  Having the extra numbers was particularly helpful when it became clear that parking might need more people later on in the event and we were able to re-deploy people from other roles.

The team leaders did a great job (Gillian Bowers Entries, Stu Levene Start, Gillian Hanson Parking, The Parkes family  – all things SI ) but they probably would have benefited from me getting helper numbers and assign teams earlier so they could take full control of their work area earlier. Some of the organising was done late due to external work pressures and I was particularly grateful to Helen Errington who stepped in with practical help and advice to make sure I didnt flounder badly – thanks Helen.

Susan and Keith Marsden were instrumental across the whole event – from updates to the maps, ordering of the SI hire sticks, clocks etc from the North London SI Consortium, to working on EOD and providing maps to A&E if needed, to supporting the delivery of the string course with the Raftery family – did you know that string course competitors also gain points for the South East Orienteering League?

Planner David Saunders did a great job with particular appreciation for his yellow and orange courses which seemed to have landed well with participants and their families, a number of whom have commented on the technical difficulty being very Goldilocks – just right!  His control hanging team did a great job and with Simon Errington and Kevin Harding helping Mike Murray the controller check sites the event started on time even with the inevitable last minute missing control box issue.  The control collectors did a great job at the other end of the day meaning that we were finished in the warm sunshine quickly after we confirmed all runners were accounted for.  Thanks very much to Mike Murray from SLOW who brought his considerable skill and experience to ensure that the courses were well planned and fair.

All the best
Maggie 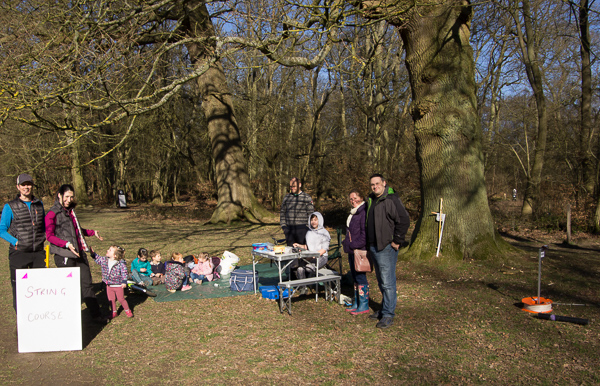 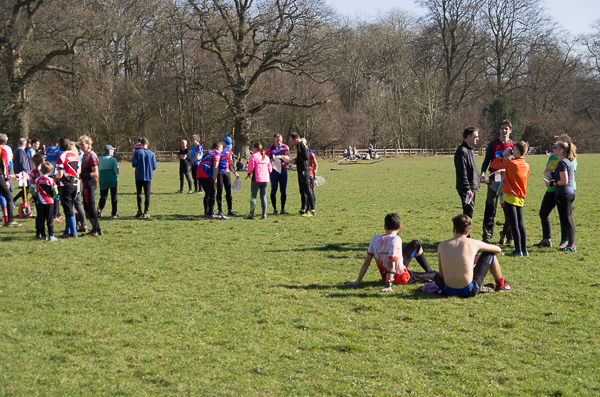 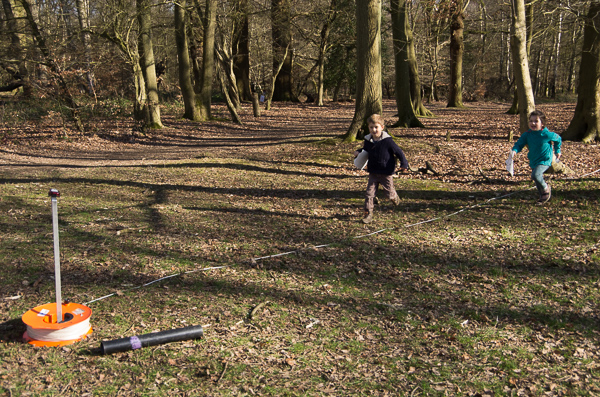 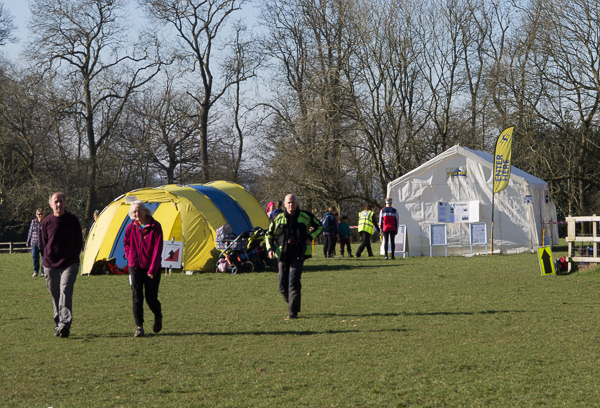 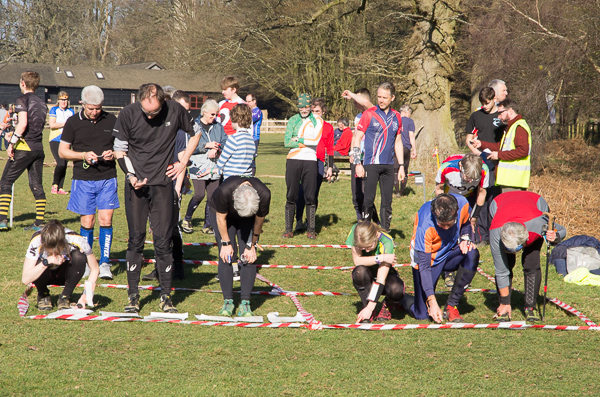 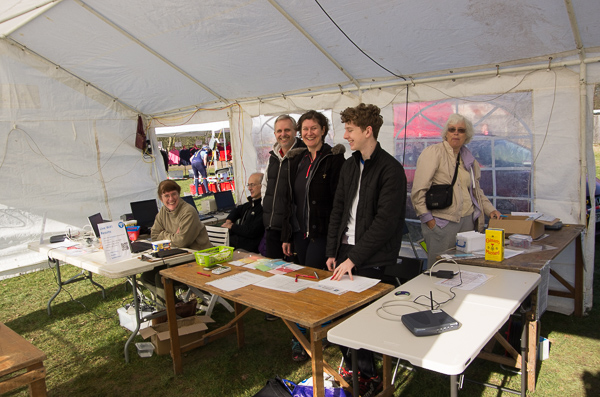 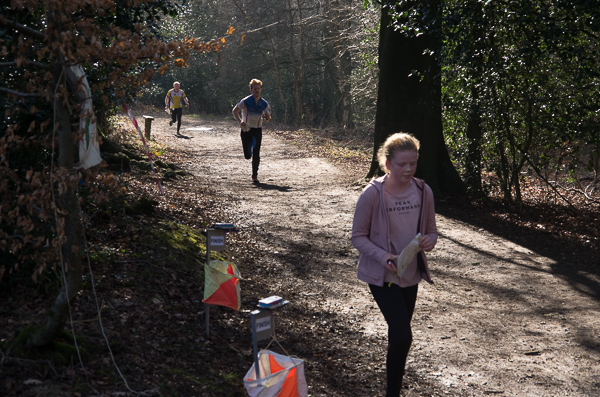 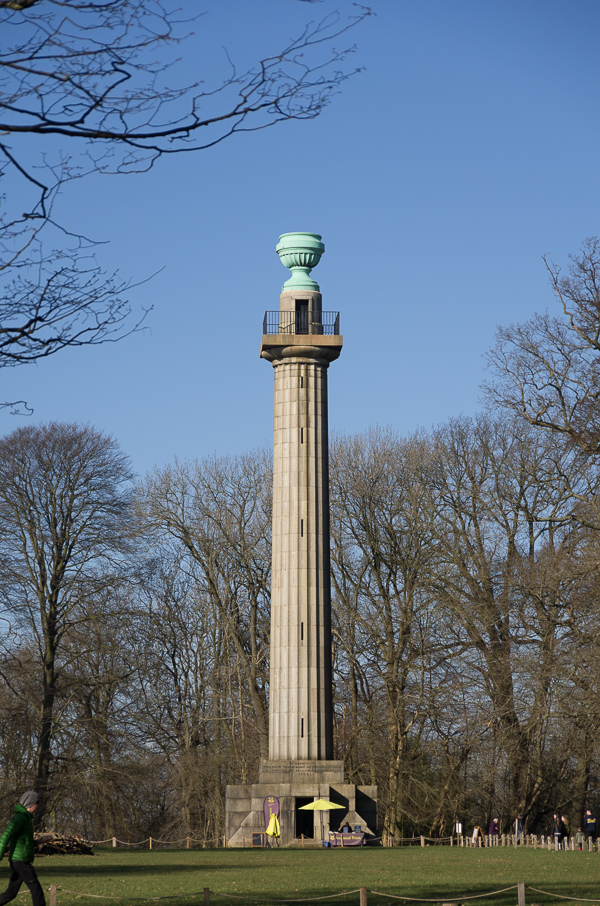 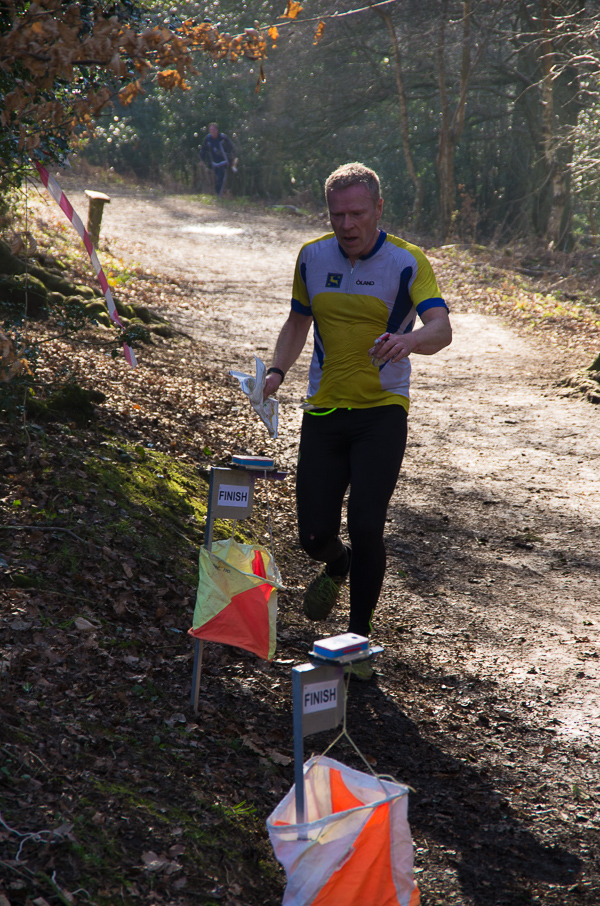