Christmas Training – What and where?

Ah! Christmas Training? But where and what?   The HH training group pondered.

Where? Need something which challenges the better orienteers but is not ‘in use’.

The group dispersed having decided on the use of Northaw Great Wood and coming to no conclusions on ‘what’.

Surprisingly both Kevin F and Susan M then sketched out ideas around the theme of IOF (International Orienteering Federation) Control Descriptions (CD) and that together with our own CD version of Naughty Numbers gave us a morning’s training.  Kevin decided that his exercise was to be called ‘Chocolate Wipeout’ (Christmassy?) and Susan came up with ‘What’s in the hole’ (not so Christmassy?).

We decided that three exercises could be used for a wide range of experience and people could progress (or regress) as and when they wanted. 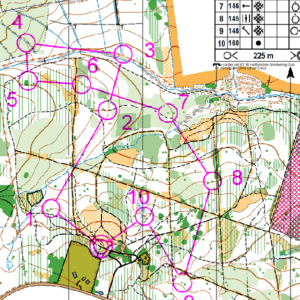 And for light relief attendees were also able to test their speed of thought and legs by doing a few rounds of our Naughty Control Descriptions. This latter soon became a competition with up to 7 juniors trying to compete in a small space all at once. This degenerated as you would expect! 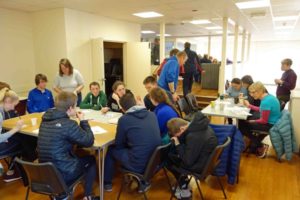 Two hours had soon passed and with the help of many hands we were soon packed up and off to Cuffley and Northaw Community centre for lunch, social and quizzes.

Many thanks to all attendees (36 in all) and we hope you learnt more about IOF control descriptions.

And finally best wishes to all for 2019.

From all in The Training Team