Once a year the more mature members of the international orienteering community gather to compete and, in the case of the older competitors, simply to celebrate being able to run as the years advance. For the purposes of these championships a master – or veteran – is defined as M/W35 or older, although in many cases very much older, as M90 and W95 champions were both crowned during the week. 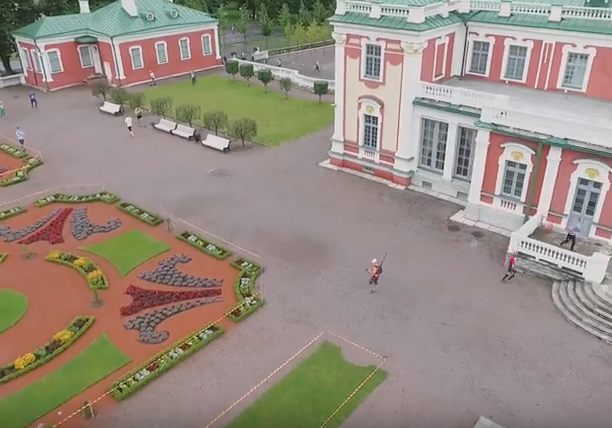 In recent years the event has comprised two parts, with a sprint championship in addition to the more established forest races. The sprint heats and finals were held in Tallinn, the Estonian capital. Runners were encouraged to use public transport to travel to the heats in Kadriog Park on the outskirts of the city by the promise of free transport for those wearing their competition numbers. The arena in a sports stadium offered views of the run-in along the sports track and nearby starts led runners into an area of parkland, lakes and formal gardens around the Kadriog Palace.

Those running longer courses got to visit the complex diagonal terraces of the modern art museum and to run through the museum entrance hall! 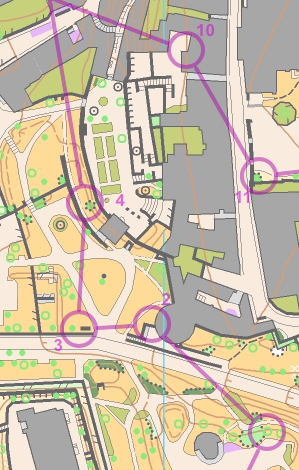 In contrast, the finals were held in Tallinn old town, a mixture of cobbled streets, courtyards, battlements and terraces, all linked by small convoluted passages and stairways.

The technical challenge was only half the battle, with route choices often dictated by tourist density; not sure some of them will think too kindly of orienteers after being jostled and having their holiday photographs populated by runners.

The courses ended in one of the main squares, which provided a great arena and a view of the older competitors’ start further up the hill. 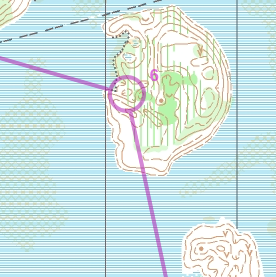 After a rest day the competition moved to the forests east of Tallinn.

Old maps of the areas showed large (very large) areas of marsh and the final details provided worrying guidance on the definition and mapping of marshes and bogs. The advice was that the former could be crossed, but the latter should be avoided, advice that was not much help when some of the controls were on ‘islands’ in the bogs.

The fastest orienteers – as always – managed to make light of the bogs and the areas of dense undergrowth, while we mortals found the going slow in places. 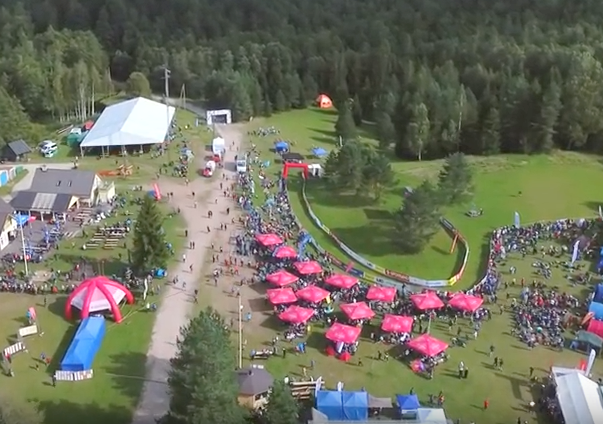 Pretty much the same area was used for the second qualifying race, allowing us to enjoy the same arena, with its excellent views of the run-in, good catering (proper coffee!) and equipment traders.

Those who successfully completed the two qualifiers were seeded into A, B, C, etc. finals for the last day.

The terrain for the finals had much less undergrowth and large areas of lovely undulating forest, which made for faster times per kilometre, unless you were one of those whose course went out into the amazing system of lakes and marshes to the west of the map.

After a week of dry and frequently sunny weather, the last day was a bit of a let-down, with drizzle for the early starters developing into rain by mid-morning. A combination of the weather and a less spectator-friendly arena in the woods meant that the sense of occasion was lost and many runners dived into coaches and cars soon after their runs.

The organisers made much of the coincidence that the ISO country code for Estonia (EST) is the English superlative suffix; all the team sported orange tee-shirts proclaiming “Your kindEST organiser” and there was a smattering of “bEST”, “nicEST” and “coolEST” in evidence. It lived up to the billing, not only kind and unfailingly helpful, but very efficient. With around 60 courses, the starts were incredibly well thought out, thorough and – as a result – calm. The arenas on most days made for great spectating and mingling and the bussing (always a potential nightmare) worked well.A nice touch was a left luggage storage area for those travelling alone who wanted a safe place for their kit while running.

Estonia will organise the World Orienteering Championships next year and on the evidence of WMOC, the ‘young things’ should be well looked after and need only focus on having that perfect run. If you want to get more of the flavour of the events, WMOC 2016 has posted a series of short videos on YouTube (e.g. https://www.youtube.com/watch?v=_NMHfFFub8w).